Eyes on the Ball: Dylan goes to Salisbury
January 27, 2019
Snooker

A experienced snooker player himself, as well as being the Chairman of the snooker league in Hurst Green, Lee Smith could tell the minute his ten-year old son, Dylan, picked up a cue to play, while on holiday, that he had natural talent.

Less than a year later, Dylan is currently competing in the Cuestars U21 tournaments, run by John Hunter and Tim Dunkley, and has already amassed four trophies from his first five tournaments.

John Hunter is ‘passionate about providing a path for young snooker players to become professional’ and together with Tim, provides one of the very few opportunities for talented snooker players to progress in the sport, however young they may be. These youngsters get the opportunity to play on full-sized snooker tables, as well as being shown how to conduct themselves in a snooker club, and start competition playing in a supportive environment.

I travelled with Lee and Dylan to film his first ever tournament at Cuestars Salisbury, in September 2018, and chatted to Lee a few months later, once he’d had a chance to reflect on what competing in the tournament was like for both him and his son. Filming in a snooker centre was a challenge as I had to operate with very low light, with a strong green cast, and there normally isn’t enough space to use additional lights, and in any case this would have distracted the young players.

It’s pretty tough for young and talented snooker children to get ahead in the UK; the costs of competing and coaching soon mount up and there is very little investment in snooker at the grass roots level, compared to countries like China and Thailand, where players can attract serious sponsorship money. Although Dylan gets some support from his local snooker club, friends and other small businesses, he is still yet to find a main sponsor, to help him achieve his dream of being selected to play for England, turn professional and be one of the best snooker players in the world.

I provide photography and videography services, including coming up with ideas with you for entertaining and engaging ideas and storyboarding these, as well as filming, editing, and subtitling.

If you’re interested in getting yourself, your child or your business noticed, using video, please do get in touch with me at heather@lightninginabottle.co.uk.

Previous articleKiller dance and performance showreels: how to stand out

Next article What to pack for a photography retreat in the Scottish islands... 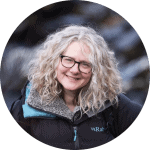 Follow my blog to find out more about what I’m up to, I promise you won’t receive any unwanted emails from me.